The Germantown Kiwanis Club officially turned the Gehl’s Performing Arts Pavilion over to the Village of Germantown during a ceremony featured during this year’s Taste of Germantown. This year’s event held in Firemen’s Park broke all records for attendance as performances by area bands and performing groups highlighted the evening.

A Taste of Germantown, the Germantown Kiwanis Club’s annual Party in the Park, was held here July 26, 2018. Germantown Police Chief Peter Hoell estimated the size of the crowd in attendance at over 3,000. The event happened in the area surrounding the Gehl’s Performing Arts Pavilion (next to the Senior Center) in Firemen’s Park on Thursday. 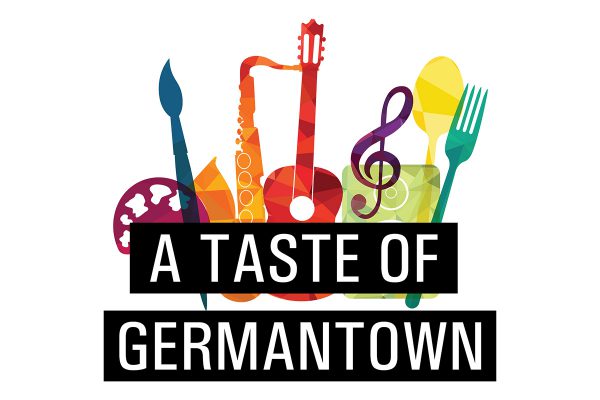 A Taste of Germantown is a community event that the Germantown Kiwanis started four years ago to raise money for their ambitious project, the Gehl’s Performing Arts Pavilion. It has turned into an annual event for all Germantown residents to enjoy food and fun in the park as local restaurants and eateries present some of their fine fair, and local entertainment groups show off Germantown’s talents.

First Bank Financial Centre here in Germantown is the featured sponsor for the event this year. Their participation has allowed us to expand our offerings making this year’s event a family friendly activity. A children’s play area, including a bounce house, sensory tables, crafts  and the Firemen’s Park playground were available for children in attendance.