Marissa and Caleb attended the Wednesday morning Kiwanis Club Breakfast at Aldo’s Pizza in Germantown. Todd Jex, a member of the Germantown Community Scholarship Fund and a Kiwanis member, introduced the two GHS seniors to the Kiwanis Club members. Marissa told the Kiwanis members that she would be attending Winona State University in Winona, Minnesota. Caleb said he would be attending UW-Lacrosse. Both students will enrolled as Business majors. Each scholarship was for $1,500 to be used toward tuition in their first year at their respective universities.

The  GCSF was able to award $124,000 in scholarships to GHS seniors. About 140 students benefitted from this year’s award. The GCSF is a non-profit organization whose primary purpose is to award scholarships to qualifying Germantown School District students pursuing higher education. The Fund also serves to establish an endowment to fund future scholarship awards and to recognize the needs of classroom teachers and schools through grants and other financial support.

Germantown Kiwanis has participated in the program as a scholarship sponsor since its inception in 1981. 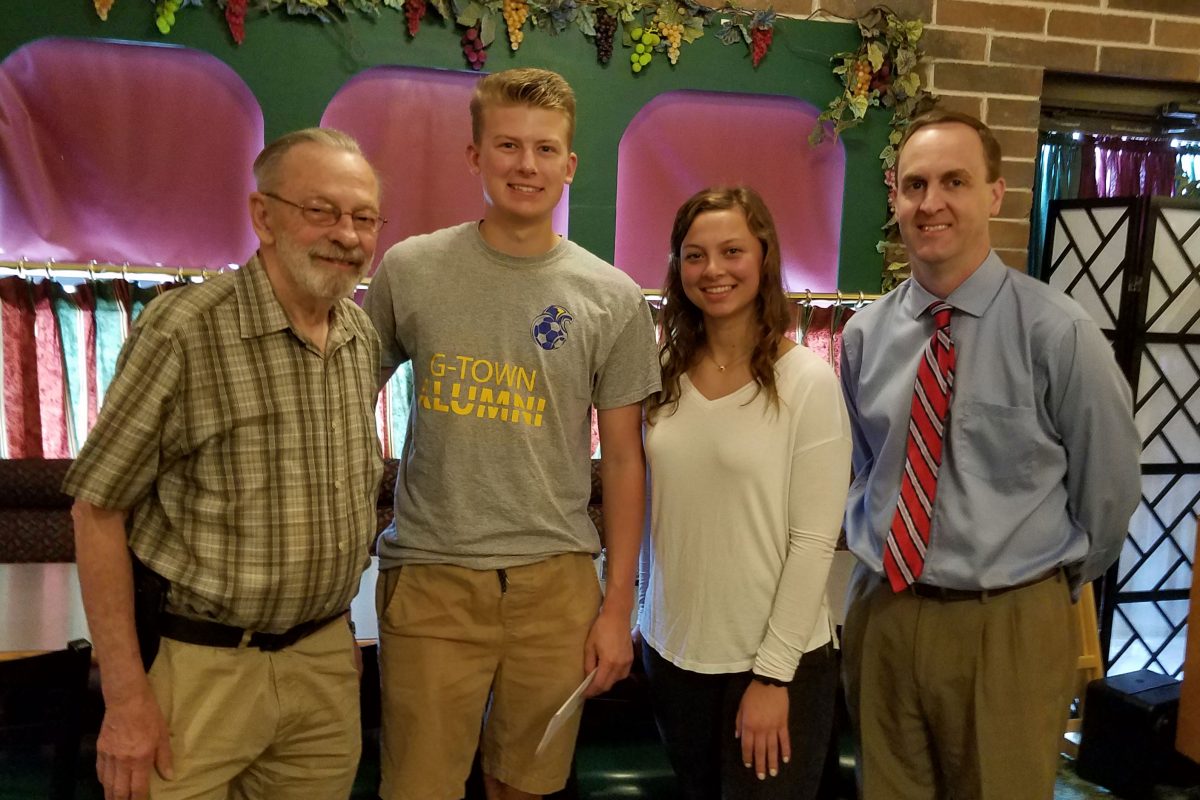