Wow! Taste of Germantown 2019 was awesome! The big “Party in the Park” was a huge success for 2019. “This is bigger than the Fourth of July,” one long time Germantown resident exclaimed. This year’s Taste of Germantown celebration was a great way for the whole community to come together for food and fun. And there was a lot of both here on Thursday evening as the Germantown Kiwanis pulled off another great community celebration.

Germantown, Wisconsin is a great place to live. That’s the theme behind this year’s Taste of Germantown celebration in Firemen’s Park, Thursday evening, July 25. from 5 PM to 9 PM. A Taste of Germantown, the Germantown Kiwanis Club’s Party in the Park, has become an annual event for Germantown community families. Kiwanis of Germantown, along with premier sponsor First Bank Financial Centre, proudly hosted a night of food, music, and fun in Firemen’s Park. Activities were available throughout the park. With music coming from the Gehl’s Performing Arts Pavilion, the summer evening was a nice  relaxing family atmosphere. 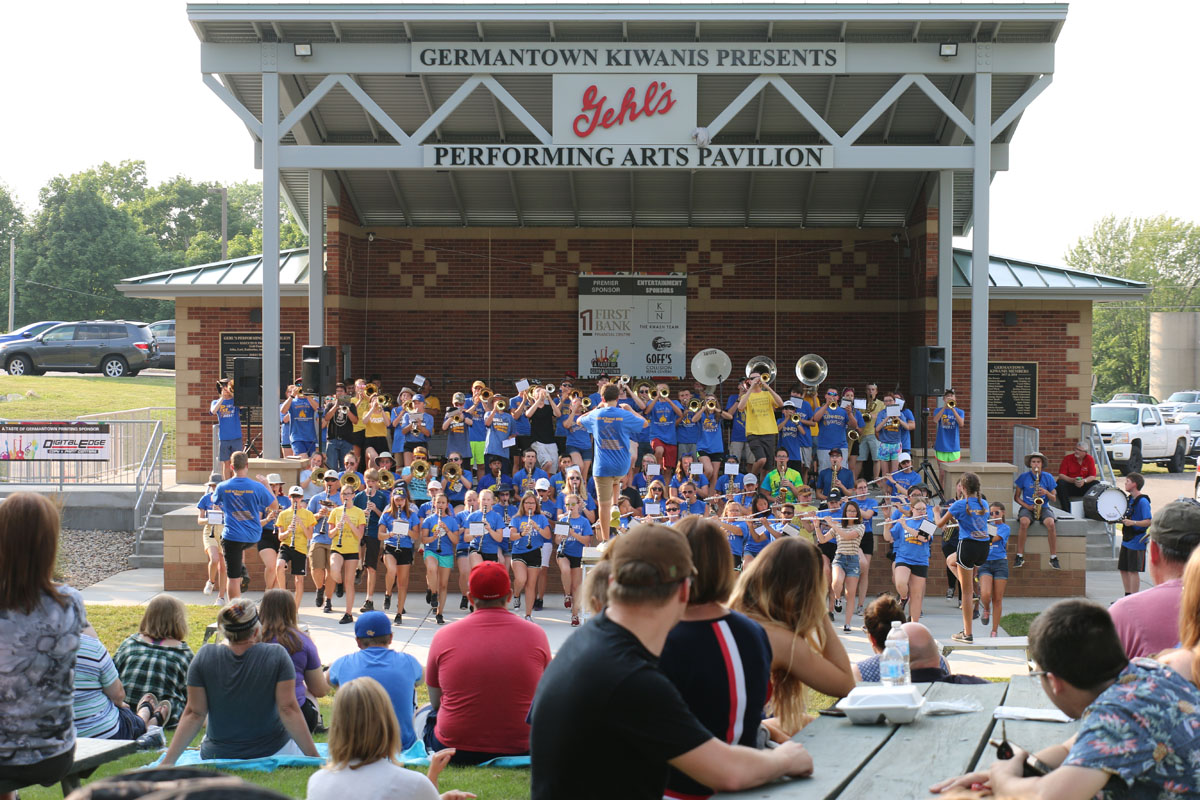 A Taste of Germantown has turned into an annual event for all Germantown residents to enjoy food and fun in the park. Local restaurants and food vendors and food trucks were located throughout the park to supply the attendees with a variety of dinner, snack and dessert options.  Local artisans, non-profit, for-profit businesses and civic groups had booths throughout the park to show off their products and talents during the event.

Last year they estimated about 3,000 people were in attendance. This year, the Germantown Park & Rec department held their summer outing in the park to coincide with Taste of Germantown 2019. They had activities planned for children of all ages during the day and evening in the park. The Kid’s Area was sponsored by Germantown Park & Rec and included bouncies and fair-type games. The Germantown Community Library had life-size games, a toddler bouncy house and some fun activities.  There was plenty of space to run around on the Firemen’s Park playground.  Look up and you saw a Tree Climbing opportunity sponsored by Friends of the Park that gave a few daring climbers a great view of the park.